As a Senior Vice President and wealth manager at one of the world?s largest diversified financial services companies, one of my goals is to continually develop new referral relationships in order to build a steady pipeline of qualified clients. Of course, this is most often accomplished by ?netWORKing.? And the three choices professionals like me have for networking to meet qualified client prospects are networking events, introductions from friends and colleagues, and online professional networks.

The best results I?ve had in building my network of leads has always been through personal introductions by other professionals I know, like and trust.? I needed an organized way of getting those introductions to happen often enough to keep my network thriving.

But for over a decade, I?ve been working to expand that pipeline.? I?ve used tools like LinkedIn which have yielded little more than a collection of irrelevant contacts, constant solicitations, and job requests. I?ve attended countless in-person networking events, but found them to be excuses to socialize, drink, and eat ? wasting time while my wife and kids had dinner without me.

My frustration with traditional networking methods led to a concept: why not create an online tool that automatically matches complementary professionals to one another with a higher probability that qualified referrals are generated? What if we could use an algorithmic approach to identify business professionals who have a similar client-type, AND share ice-breaker commonalities?

There is hardly a better day in business than the day you receive an UNSOLICITED QUALIFIED REFERRAL.

That was the genesis of Connequity, which is an online platform that creates an ecosystem of new business referral-sources. Using proprietary intelligent matching-technology, Connequity delivers relevant business introductions that have a high likelihood of generating qualified client referrals.

With proof-of-concept via a successful beta test in San Diego, we were fortunate to identify and recruit a rock-star CEO, Scott Weinbrandt, who has an incredible background with Dell, Gateway, and Helix Wind. Scott hired a team of dedicated professionals, technologists and scientists to build out an intelligent, affordable, and effective platform that matches business professionals to quality referral sources. Thanks to great member feedback, an inspired team, and forward momentum, Connequity is buzzing!

With a broad launch in select major metro areas planned for the fall, networking will never be the same. 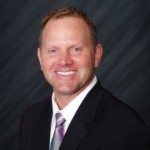